“THE WAY”, THE MOVIE 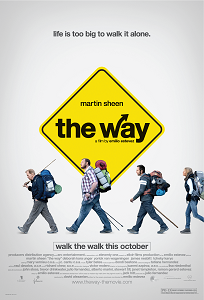 Since its release in 2011, the movie by Emilio Estevez, with his father Martin Sheen as main actor, is attracting a lot of new pilgrims on the camino!

You may recognize Argitxu in this movie, shot in 2011 in St Jean. Nathalie discovered it when she received an e-mail from a pilgrim indicating that he had recognized Argitxu after reviewing the film back home! Indeeed, like other inhabitants of St Jean and members of her family, the Way is for Argitxu a vocation and an extraordinary opening to the world.